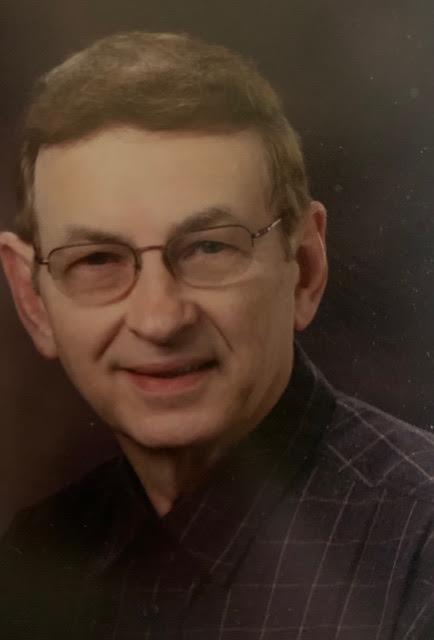 Robert Dean Johnson, 82, of Newton, died on Monday, February 17, 2020 at Accura Health Care of Newton- West. Funeral service will be at 11 a.m., Friday, February 21, at Baxter Congregational United Church of Christ. Friends may visit with the family from 5 to 7 p.m. on Thursday, February 20, at the church. There will be a private family burial at Liscomb Cemetery following the luncheon.
Robert was born on May 21, 1937, in Liscomb, the son of Melick and Evelyn (Bixby) Johnson. He lived in Davenport/Rock Island area until 1949, then he and his four sisters moved to his Grandparents farm, east of Liscomb. He graduated from Liscomb High School in 1955. On December 31, 1955, Robert and his high school sweetheart, Phyllis McKibben, were married and they lived in the Liscomb/Conrad area. He worked for a couple of years in Marshalltown at a foundry and Melbourne Food Locker before working for Paul Franzenburg at Franzenburg Locker and Charlie's Market, both in Conrad. Loving the grocery and meat business, they purchased the grocery store in Baxter and moved there in 1969. They owned and operated the Baxter Food Center for 20 years. He then worked at HyVee in Newton and retired after 15 years.
He was a past member of I.O.O.F. Lodge in Liscomb, served 3 years in the National Guard, and was active in various church activities. He loved all sports, but his favorite pastime was entertaining his grandchildren when they were younger.
Robert is survived by his wife, Phyllis; four children Michael Kevin (Jody) Johnson of State Center, Barry Dean (Terri) Johnson of Polk City, Kimberly Sue (Scott) DeGraff of Colfax, and Jody Anne (Scott) Vogt of Gold Canyon, AZ; 9 grandchildren Jason Johnson, Jordan Johnson, Crystal (Garrett) Schroeder, Jamie (Taylor) Detrick, Eric (Tessa) Johnson, Amy (Jake) Niederhauser, Kyle Schnell, Brittany (Cecil) Marshall, and Joseph Beeler; two step grandchildren D.J. (Allison) Beeler and Kodey (Ashley) Roseland; 10 great grandchildren; four step great grandchildren; and three sisters Marilyn Conlee of Tuscon, AZ, Ranvae Baker of Richmond, TX, and Betty Rimpson of Kansas City, MO.
He is preceded in death by his parents Melick and Evelyn, parents in law Lowell and Doris McKibben, sister Mary Lou Foster, son in law James "Jim" Schnell, and brothers in law Paul McKibben, Darrell Conlee, Tom Foster, and Don Baker.
In lieu of flowers, donations may be directed to Hospice of Midwest or Baxter Congregational United Church of Christ.

2 people have supported the family by purchasing them flowers or gifts from the Healing Registry.

Phyllis and kids,
I am sorry to hear that Bob has passed away. I remember the good times and fun we had at Liscomb High School. He was a good friend and a good guy.

Bob was a great Boss and Friend to me. He taught me the most about Customer Service.......... and properly cleaning the butcher block while patiently smoking his aromatic pipe! Great times growing up with him, I will never forget all those great experiences! GOD Rest His Soul!

Kim, so very sorry to read this. Thanking GOD for the gift of memory where you can hug him in your heart always. Sending my love!! Teddy

My Uncle Bob was always a favorite! Too many stories to post, but a lifetime of loving memories with Uncle Bob, Aunt Phyllis & the family.
Prayers for comfort and strength for this week and times to come.
Love y’all!

Our prayers and sympathies are extended to the friends and family of Bob Johnson.

Phyllis and family,
Thinking of you and offering prayers.
Dixie and Dennis

Phyllis,
I’m sorry to hear of Bob’s passing. Please know, you and your family, are in my thoughts and prayers.
God Bless you all, in the days ahead. May the Lord heal your broken hearts, blessing you with HIS grace, mercy, and peace that surpasses all understanding.
Sincerely,
Debra Slings 🙏🏽❤️✝️

The attached photos are added to the memorial of Robert "Bob" Johnson to help share their legacy.

Thank you for sharing your memory of Robert "Bob"