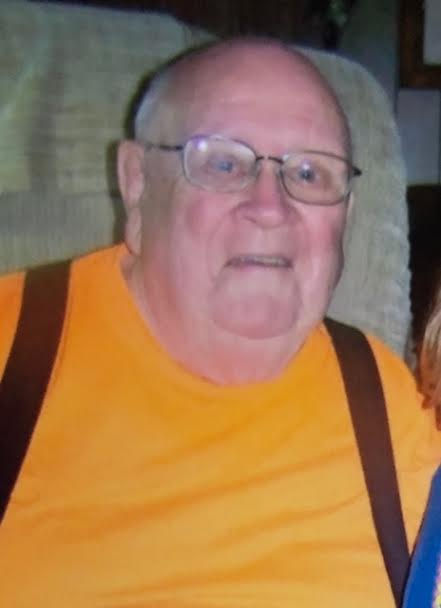 Gearold "Ike" Kielly, 87, of Baxter, Iowa passed away on Sunday, March 29, 2020 at Newton Village in Newton. A private family burial will be held in Restland Cemetery in Baxter, Iowa. A celebration of Ike's life will be held at a later date.
Ike was born on December 13, 1932 to Russell and Dorothy (Williams) Kielly in Rhodes, Iowa. He grew up in rural Marshall and Jasper Counties. While getting on the school bus in the first grade his bus driver told him he looked like an Issac and the name Ike stuck. He attended Baxter High School and graduated with the class of 1950. Following school, Ike began working for Al Nuzum Supply Company in Baxter and later became the office manager. He married Joanne Allan on December 27, 1953 in State Center, Iowa. The couple called Baxter their home and raised their family together there. Ike was a staple of the Baxter community where he served as; Mayor, Justice of the Peace, Baxter City Clerk, and served on the Baxter City Council, he announced home footballs games (started out with a megaphone) for nearly 50 years, and was awarded Baxter Citizen of the Year. He was also awarded the Distinguished Service Award from the HS Football Coaches Association presented to him by Iowa football coach Hayden Fry. Ike worked for Gooch Feed and ADM as the plant manager before retiring. He was a member of Sacred Heart Catholic Church in Newton, was a strong supporter of the Baxter Community Schools and supporting local businesses. Ike cherished the Kielly family annual vacation to Lake Okoboji, spending time with his family, swinging on his front porch, and watching baseball games.
Those left to remember Ike's treasured memories are his four children, David (Carol) Kielly, Canice (Bruce) Connelly, Teresa (Randy) Fuchs, and Marty (Liz) Kielly; eight grandchildren, Josh (Heather) Fuchs, Jeff (Jennifer) Fuchs, Kristy (Ian) Winfield, Ashley (Rick) Kucera, Alyssa (Shawn) Plunkett, Sarah (Zach) Blunt, Hannah (Nick Waite) Kielly, and Morgan Kielly; 15 great-grandchildren; siblings Billy (Sharon) Kielly, Mike (Becky) Kielly, and Shiela Kielly; many nieces, nephews, and close friends.
He was preceded in death by his Parents, wife Joanne, sister Pat Oetker, brothers-in law Bill Oetker and Bud Allan, sister-in-law Beth Allan, and niece Jacki Oetker.
In lieu of flowers memorial contributions may be directed to Attn: Ike Kielly Memorial Fund, Fredregill Funeral Home, PO Box 86, Baxter, Iowa, 50028.
Fredregill Funeral & Cremation Care has been entrusted with the care of Ike and his family.

To all four of you siblings & your families, you are in my thoughts & prayers!! Your family was my family. Your parents treated me like one of their own. I spent staying at your home off & on for 12 years. Your dad & mom has a lot to do with who I am today. I will always remember what a gentle, calm, kind, & loving spirit your dad had. He never knew a stranger. He was very committed to his community, friends & family. He was a pillar of our community. He has left a great legacy to remember. I will always remember his hugs & smile!! He has definitely left a positive impact on all who knew him!!

David, Canice, Teresa, & Marty I always felt your home was my home growing up. Your Mom & Dad treated & loved me like one of their own. I spent most of my school years at your home. Part of who I am is because of the closeness & love of your family. I feel your pain & Ike will be missed by all who knew him. I don't think he ever knew a stranger. His kindness, calmness, & loving personality will be missed by all. Huge hugs & prayers to each of you, your spouse's & your entire Kielly Family!!!

Ike will be so missed. He was a wonderful neighbor to Mom when she lived next door. He helped Lori and Me by taking Mom to the doctor and picking up things for her. She would set on her porch and listen to Ike give play by play of the football games back when the old football field was across from the school. Prayers to the family. Everyone will miss this wonderful man.

In 1969 I moved to Baxter to work for the railroad. The first person I met was Pat Milligan and he introduced to me to a few people in Baxter. One of those people was Ike Kielly.. Over the years Ike and I became good friends. In 1987 when I started my own business Ike was one of my first clients. I prepared his tax return until 2018 when when I retired. He asked me that day when I told him I was going to retire, “John who is going to do my return. I told him, Ike somebody will probably do a better job than I did.” I will miss you, Ike, you were a good friend.

Our prayers and sympathies are extended to the friends and family of Ike Kielly.

Deepest Sympathy to all of Ike's family and friends. Ike was such a wonderful human being. He made so many people laugh, and blessed each person he knew with his kind and gentle nature. Will never forget the sly chuckle and smile Ike used almost in a "I just got away with something" manner. Ike was a true gem to the community and everyone that knew him. Sharing in the grief at his time of loss. Ike will surely be missed as he keeps moving through life's journey.
Judy Francis, Plano, TX

So sorry to hear about the passing of Ike.
Ike will certainly be missed! He was a sweet, & kind man. God has taken another one of HIS angels home.
Please know I’m keeping the family in my thoughts, and prayers. May God heal your broken hearts, blessing you with HIS peace that surpasses all understanding.
With deepest sympathy,
Debra Slings

The attached photos are added to the memorial of Gearold "Ike" Kielly to help share their legacy.