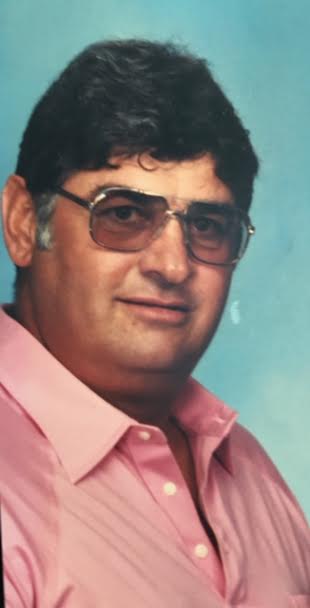 Dennis "Denny" LeRoy Berry, 77, of Cedar Rapids and formerly of Baxter, Iowa passed away peacefully at his home on Friday, July 17, 2020. A memorial visitation will be held on Saturday, August 1, 2020 from 10:00 - 11:00 a.m. at Restland Cemetery in Baxter, Iowa. A graveside service will follow visitation and will begin at 11:00 a.m. Please wear a mask. Burial will follow in Restland Cemetery in Baxter, Iowa. A celebration of life service will be held at a later date in Cedar Rapids, Iowa.

Denny was born on May 7, 1943 to Arthur and Deloris (Halter) Berry. He grew up in Baxter on the family farm and graduated from Baxter High School with the class of 1961. He shared many fond memories of his classmates, on and off the field. He excelled in sports, and was inducted into the Baxter Hall of Fame in 2013. (Go Bulldogs!) Following school, Denny joined the Air Force and was stationed at Malmstrom Air Force Base in Montana. After serving his country he returned to Iowa and married Rosalie (Postma) Berry and eventually settled down in Baxter with their children Shelley, Scott, DeAnn and Dana. He loved working as a heavy equipment operator and was a member of the IUOE Local 234 Union. He worked in several different states; Texas, Nebraska, Arkansas, Florida, Minnesota, and Iowa, however, he never missed the opportunity to drive up Main Street to see what was going on uptown. There was never a place he would go where we didn't run into someone that he knew. Big machinery and moving dirt was a lifelong passion as he worked for McAninch Corporation and Fagan Corporation for over 40 years. Denny married Arlene Bell in 1984 and became a stepfather to Julie and Victor. The couple resided in Cedar Rapids. He loved sports, fishing, coon hunting, coyote hunting, going to auctions with Arlene, family reunions, having a cold one with his friends, and was up for an adventure-anytime, anyplace. He raised coon hounds and had his favorites, Queenie and Hunter. He loved telling stories about his favorite football games, his softball days, his time in Montana playing ball, and so much more. His welcoming smile and kind hearted teasing will be missed by us all.

Denny was preceded in death by his parents, brother Jan Berry, son Scott Berry, and daughter Julie Jacobs, and his brother in laws, Jerry Bell, Larry Bell, and Garry Bell.

Special thanks to the Grinnell and Cedar Rapids Unity Point Hospice employees.

Fredregill Funeral & Cremation Care has been entrusted with the care of Denny and his family.

7 people have supported the family by purchasing them flowers or gifts from the Healing Registry.

My deepest sympathy to the Berry and Bell Families
Bear (as we lovingly called him) will be missed. He was my brother in-law and loved to joke, we were both cub fans and shared some times watching the game when I would visit at their house..RIP Bear you will be missed!

To the Berry and Bell family, our deepest sympathy to you all, a truly fascinating man, I truly enjoyed any time I was able to spend with “Uncle Bear” as the Bell family in Chicago remember him, we would always talk sports and share a cold one or 2 truly enjoyed our visits when we were in the Iowa area and will cherish those fond memories. RIP Bear, Johnnie from Chicago

Joyce Hornbaker
My deepest thoughts and prayers to all, Coookie, Vic, Kelly, DeAnn, and Dana and to all of your families. Heaven has welcomed a great huggable angel. He will be truly missed. Love to all

Cookie and all the family, It is with deepest condolences for your loss. Dennis is at peace in heaven. Love, James & Carol (Bell) Barbour

Dana and DeAnn, we are so sorry for the loss of your dad. He was a great guy and he will always be in our hearts forever!

Comforting thoughts to the Berry family knowing Denny is at peace. He was definitely a good guy

Deanne and Family, So sorry for the loss of your Father. Viv and I send our Love and Hugs to you all. May God Bless you and bring you Peace and Comfort during this sad difficult time.

Sorry about your dad Dana thinking of you and Bryan and your family, he's at peace now

Our prayers and sympathies are extended to the friends and family of Denny Berry.

Dana and family. So very sorry for the loss of your dad.

The attached photos are added to the memorial of Dennis "Denny" LeRoy Berry to help share their legacy.

Thank you for sharing your memory of Dennis "Denny"