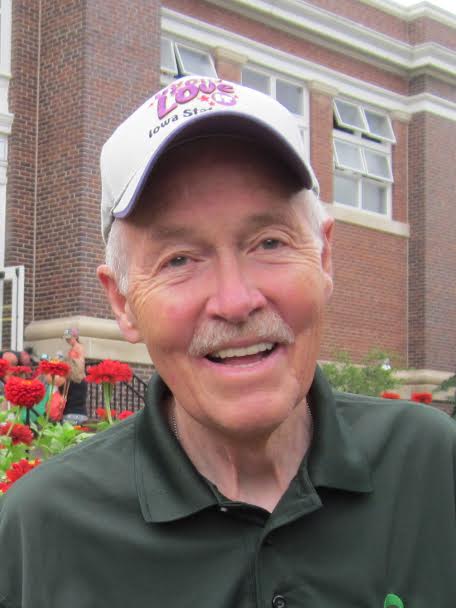 John M. Clark, age 80 of Ankeny, died October 10, 2020. A memorial prayer vigil will be held on Friday, October 16, 2020 at 4:00 P.M. at Our Lady's Immaculate Heart Catholic Church in Ankeny, Iowa.
Born September 15, 1940, in Helena, Montana, John was the son of Van & Kathleen (Egan) Clark. He was first a mathematics professor, then a state government official, and finally a computer programmer/analyst. John logged 90,000 miles running and walking; enjoyed singing in community and church choirs; and lived by the mottos "don't worry" and "be kind."
John is survived by wife Teressa, brother Mark (Susie) and, with his first wife Eva, children Eric (Elaine), Janet (Basil), and Jack (Sarah), grandchildren Anthony (Tina), Safaa, Laith, Ahlam, Cierra, Danika, Jackson, Michael and Margaret, and great-grandchild Eva. He was preceded in death by his parents and two half-siblings.
In lieu of flowers, memorial donations may be made to your local food pantry or a music organization.

Having lived with metastatic prostate cancer for more than nine years, John took time to consider a farewell. Here are his final words.
'Biography' by Shel Silverstein (from Every Thing On It, 2011): 'First he was born / And then he was warned / And then he learned how to swim / And then he was married / And then he was buried / And that's all that happened to him.'
"I do not have any ancestors of note. My descendants are presently in the midst of busy lives and, should they distinguish themselves, it would be presumptuous to claim credit for their success. I stand in death just as I did in life. To paraphrase the words of Sir Winston Churchill, I was a modest little man who had much to be modest about.
"Let it be said that I have had the companionship of an exceptional person over the last twenty-five years. She brought joy to my existence and there is no way that I can express my gratitude for her presence.
"I am also grateful to the countless bright, humane people who have shared my life's journey. Thank you. May your lives be as rich as mine has been.
"Gerolamo Cardano (1501-1576, physician, mathematician, astrologer, gambler, philosopher) summed my life accurately when he wrote, "Although happiness suggests a state quite contrary to my nature, I can truthfully say that I was privileged from time to time to attain and share a certain measure of felicity. If there is anything good at all in life with which we can adorn this comedy's stage, I have not been cheated of such gifts." (from The Equation That Couldn't Be Solved by Mario Livio, 2006)
"As Lt. Colombo might say, 'Just one more thing'. Since life is not quite as simple as Shel Silverstein has put it, there is one last detail that must be added. Human relationships are complicated and messy. To those I have offended or treated badly, I apologize."

I had the privlege of sitting next to John in the Regina Caeli choir for rehearsals or services. He was always a delight and quietly witty. Shortly after the first few times I joined the choir, I would ask John how he was doing and he replied: " just quietly rusting away". He was always so gracious and appreciative. We shall miss him dearly. - Jodie Wingert

So sorry to hear of John's passing. You are in my thoughts and prayers.

Sorry to hear of your loss Teresa. You and all of your/his families are in my thoughts and prayers.
Nancy McCurdy

Dear Terry and family, My family and I send our deepest condolences to all of you. You are always in our thoughts and prayers, with much love

I am so sorry for your loss, Terri. Prayers are with you; hugs are around you.

Dear Teri, I’m sorry for your loss. Beautiful tribute. I was unable to comment on Facebook but wanted to send warmest thoughts from Montana. Sincerely, Judy Killen (Kirbie)

The attached photos are added to the memorial of John Clark to help share their legacy.

Please help memorize John Clark by recording your attendance below.

Thank you for sharing your memory of John