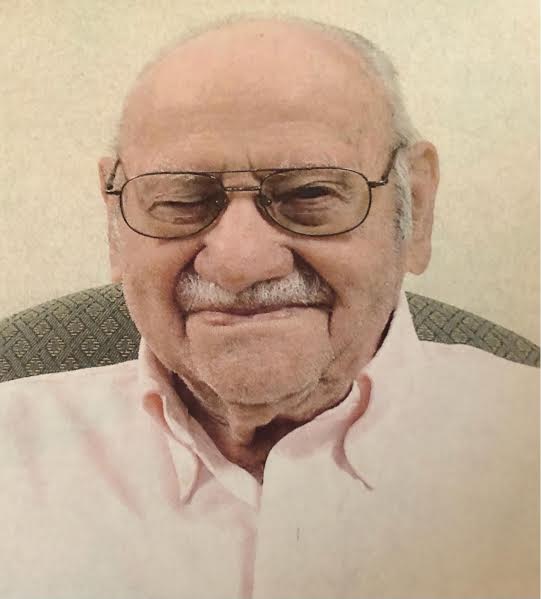 John "Jack" Francis Croker, 99, of Hubbard, Iowa and formerly of Colo, Iowa passed away on Thursday, November 5, 2020 at the Hubbard Care Center in Hubbard, Iowa. A rosary service will be on Tuesday, November 10, 2020 at 10:00 a.m. at St. Mary's Catholic Church in Colo, Iowa. Visitation will follow and his funeral mass of Christian burial will begin at 11:00 a.m. at St. Mary's Catholic Church. Burial will follow in St. Patrick's Cemetery in Nevada, Iowa.
John was born on February 4, 1921 in State Center, Iowa to James and Rose (Hinsberger) Croker. He was educated in Colo schools, and upon graduation from high school he remained on the family farm and was engaged in farming with his father.
Later in life, John worked at several places, including twenty years at Gertrude Fellow School in Ames.
John met the love of his life, Mary Katherine Ackerman and the two were married on February 16, 1946. They were married 52 years until sadly, Mary was called home ahead of him on December 12, 1998.
A life-long member of St. Mary's parish in Colo, John was an Honorary Life Member of Story-Marshall Knights of Columbus Council 12496. In his quite and reverent way, John was known as a man of deep faith and fortitude.
John enjoyed playing cards with his children and grandchildren; especially "500", playing checkers with his grandson Joe, watching westerns; especially those with John Wayne, and gardening. But most of all John was known as a voracious reader. There was never a time when John had not had a book by his side.
John is survived by his son, David (Nancy) Croker of Colo, Leann (Frank) Beavers of Collins, and Mary (John) Noonan of Cascade. As well as twelve grandchildren and many great-grandchildren. He also is survived by his brother James A. Croker of Iowa City, several sisters and brothers-in-law, as well and several nieces and nephews.
In addition to his loving and devoted wife Mary, John was preceded in death by his daughter Linda Dunahoo, infant Frances Kay, son-in-law Greg Dunahoo, infant grandson Chad Ryan Beavers, his parents, brothers Vincent and Richard Croker, as well as twin sisters Coletta and Callista Croker.
In lieu of flowers memorial contributions may be directed to the family.
Known as "Jack" in his later years, we would like to acknowledge and offer our special thanks to man people, including Kristi Eley of Cedar Place Assisted Living in Story City, and especially the dedicated staff of nurses and care-workers of Hubbard Care Center who provided passionate care for John the past six years.
Fredregill Funeral & Cremation Care has been entrusted with the care of John and his family.

We are so sorry to hear of the loss of your loved one. Allan and Linda Armbrecht

David, Leann, Mary and all grandkids and great grandkids,
We are so sorry for your loss of Dad and Grandpa. Some of my wonderful memories took place on the family farm. Playing in the barn, riding around on the old Case tractor, playing on top of the fruit cellar (king of the mountain) and on and on. Aunt Mary's delicious cooking are also high on my list of best times. Wish we could be with you at the service, but we will be there in spirit.
Jim & Anne Croker

The attached photos are added to the memorial of John Francis Croker to help share their legacy.

Thank you for sharing your memory of John