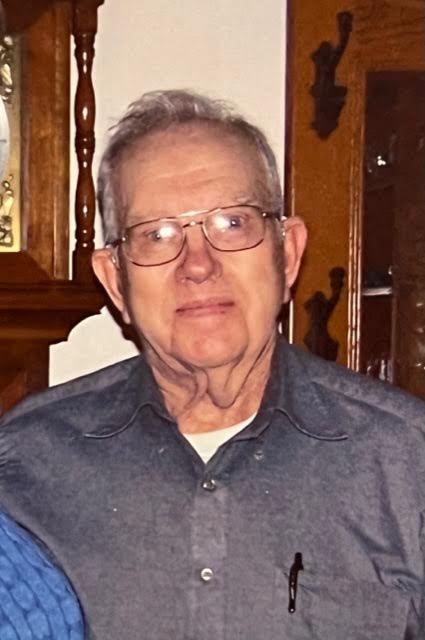 George Henry Borton, 96, of Zearing, Iowa passed away on Thursday, August 18, 2022, at Story Medical Senior Center in Nevada, Iowa. A visitation will be held on Saturday, August 27, 2022, from 9:00 - 11:00 a.m. at the Dakins Community Center in Zearing, Iowa. Immediately following visitation his memorial service will begin at 11:00 a.m. A luncheon will be provided following his memorial service and his graveside services will be at Lincoln Township Cemetery, in Zearing, at 1:15 p.m.

George was born the 7th son to Russell and Hazel (Alexander) Borton in St. Anthony, Iowa. He grew up in St. Anthony where he attended St. Anthony High School and graduated with the class of 1944. He immediately joined the Army and following boot camp was deployed to Germany shortly after the Battle of the Bulge. He spent all of his service time in Europe and during his time in the Army, George served as an honor guard for General Patton's funeral. He ended his military career as a company clerk. While working for Eddie Greiner, he met Vianna Rogers and they were married on February 10, 1952. They farmed outside of Zearing for 39 years and then retired to live in Zearing. George and Vianna raised their three children on the farm.

George was preceded in death by his parents, wife Vianna, brothers unnamed infant, Lyle in childhood, Herbert, Harold, Thomas, and James, grandson Lucas Borton, and great-
granddaughter Amara Breer.
George was a member of the Bethel United Methodist Church in Zearing, the Zearing American Legion Post 116 and McCallsburg Legion Post 334 for more than 60 years. He enjoyed being included in an Honor Flight to the WWII Memorial in Washington DC on August 17, 2010. He also was honored with a Quilt of Valor from the McCallsburg American Legion Post in 2021. George was well known in the Zearing Community for his woodworking skills. He made many beautiful pieces of furniture for family and friends.

In lieu of flowers memorial contributions may be directed to the Story County Medical Center Building Fund or the Bethel United Methodist Church in Zearing.

Fredregill Funeral & Cremation Care has been entrusted with the care of George and his family.

Plant a tree in memory of George

Our thoughts and prayers are with you.

Memorial Tree was purchased for the family of George H Borton by Kris & Scott Duerfeldt.

I will remember George as a kind, considerate loving person. Sympathies to the family.
Linda (Allan) Armbrecht of Colo, Iowa.

Loretta and family- our deepest sympathy to you

Loretta and family, our deepest sympathy to you 🌸

The attached photos are added to the memorial of George H Borton to help share their legacy.